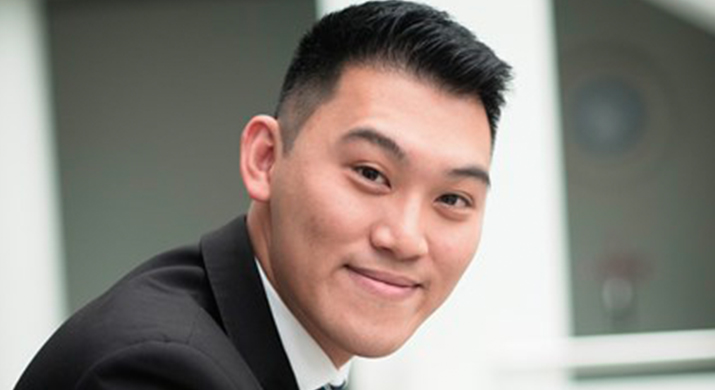 Culture is everything and it was one of the key drivers in Kenneth Tang choosing to join Pannone in October 2021.

“The firm’s culture is centred around approachability, both for clients and for its staff,” explains Kenneth. “Before joining, I read that the firm was considered a leading alternative to national practices. This really came through during my interview for the role.”

The quality of work and the team structure were also important factors for Kenneth. “Pannone offered me the chance to work within a firm that carried out high quality commercial work,” says Kenneth. “The team’s structure promotes collaborative working, where partners are directly involved in cases – which is really beneficial for junior members of the team.”

Six months into the role, we caught up with Kenneth as part of our series ‘My Life in Law’, and talked about his role as a solicitor in the Dispute Resolution team, specialising in real estate litigation.

Tell us a little bit about your background, before joining Pannone?

“Prior to qualifying, I worked as a Court Advocate, before becoming a paralegal,” Kenneth explains. “I was a trainee at Stephensons Solicitors, where I had seats in the commercial litigation and discrimination departments.”

“In that role, I advised on a number of matters, including general commercial contracts, restrictive covenants, property disputes, and professional negligence. I was heavily involved in a case that went to the Court of Appeal, which became one of the leading authorities on seeking interim relief against public bodies.”

Now as a fully-fledged solicitor, Kenneth is getting stuck into the role in the Dispute Resolution team. The most satisfying aspect of Kenneth’s role is tackling ‘new and interesting issues’ every day.

“So far, I’ve been involved in a wide range of disputes, including lease termination and renewal, adverse possession, easements, forfeiture, breach of covenant, as well as residential and commercial possession,” he says. “Other areas of work include breach of contract, breach of warranty, debt recovery and unjust enrichment.”

The role is vast and varied, and when asked what a typical day looked like, Kenneth responded saying “emails, emails and emails.”

Looking forward, what are your career ambitions?

“My immediate goal is to become an integral part of the very talented team at Pannone Corporate. I want my practice to be built on being more frank and open with clients. Clients need lawyers to be their advisers, not their friends.”

Outside work, Kenneth enjoys films and sport. “My favourite film is Christopher Nolan’s The Dark Knight, and my favourite football team is Liverpool FC (my dad named me after Kenny Dalglish!),” says Kenneth.

While Kenneth is building a reputation in Dispute Resolution, there is one particular skill that his work colleagues may not know about him. “I grew up near Blackpool’s promenade and became very good at arcade games,” admits Kenneth. “Time Crisis is a game I am particularly adept at!” As one of the most celebrated arcade shoot-em-up franchises ever made, that’s not a bad game to excel at!