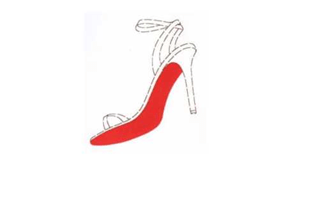 Louboutin stomps its way to victory in the CJEU
Alexandria Winstanley

On 12 June 2018 the Court of Justice of the European Union (CJEU) ruled on a question referred from the Dutch court regarding the Louboutin ‘red soles’ trade mark.

As we explained in an earlier blog regarding this case, Louboutin registered the red soles of its high heels as a trade mark. The registration was challenged in the Dutch courts by a Dutch high street chain, Van Haren, who had been sued by Louboutin for selling high heeled shoes with red soles. During the proceedings a question arose as to the type of trade mark Louboutin had registered and specifically whether it could be classed as a “shape mark”.

The Dutch court asked for guidance from the CJEU as to what “shape” means and specifically whether it could include other properties such as colour.

The CJEU has ruled that the shape of a product or of part of a product plays a role in creating an outline for colour. However, where the registration of the trade mark does not seek to protect that shape but solely to protect the application of a colour to a specific part of that product, this would not be a “shape mark”.

This is in contrast to the advocate general’s view that Louboutin’s trade mark was a shape mark.

This will be seen by Louboutin as a significant win. The ruling confirms that Louboutin’s trade mark is not a shape mark and therefore is not invalid on the basis that it does not consist exclusively of a shape.

The case will now be passed back to the Dutch court for a final ruling following the CJEU’s clarification of the law.